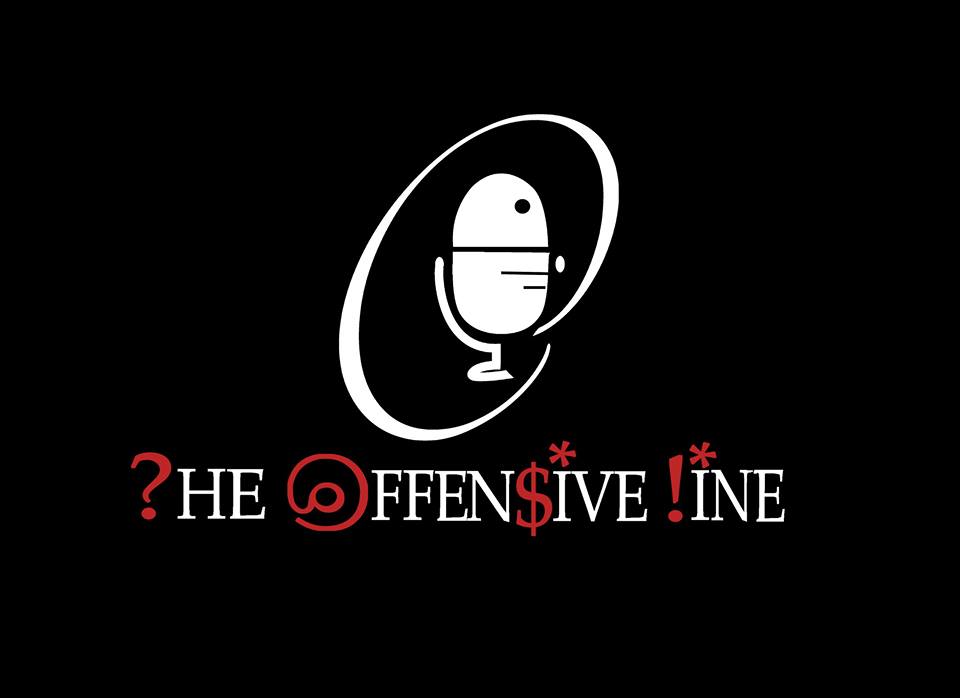 I am so excited to introduce you to my friend Damien. He’s a radio personality I’ve known for years, since back in the day when he was just the best buddy to watch a movie with for his perfect quips and snarky silly-gooseness. Damien’s got characters. I met Claudette, an elderly British lesbian woman, some five years ago. She was already deep in conversation about a recent date she’d had with Miss Lindsey Lohan, “my God, woman, have you been douching with cream of broccoli?!”Offended yet? No? Stay tuned and Meet: Damien. 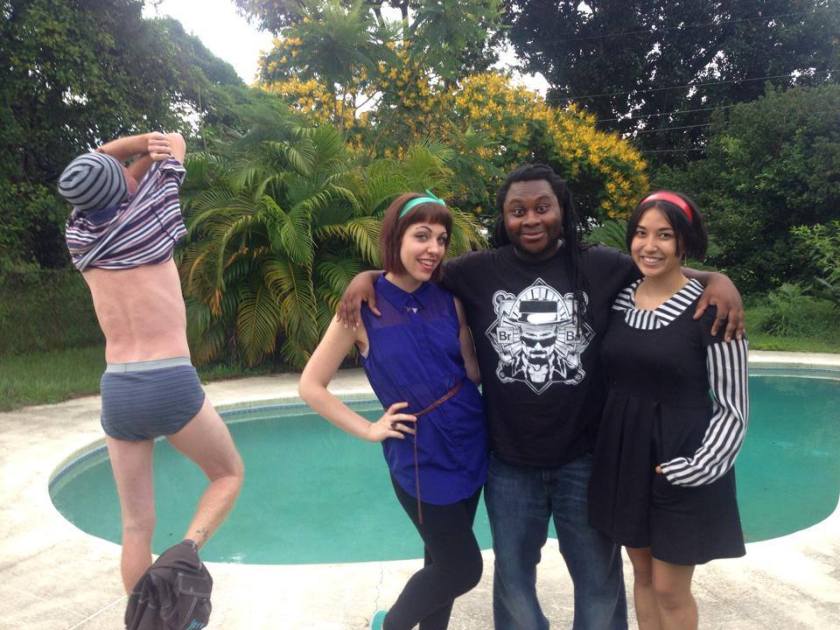 And what, Damien, is your art form?

I like to make people laugh. I put the Offensive Line together with people I thought would be funny and I use my characters, my voices to add to the show to keep it interesting. We have guests and it’s a lot of fun.

Tell me more about the Offensive Line. What’s your plan when you step into the booth?

I only have one plan and that’s get on there and not sound like a dick or an idiot. I try not to tumble over myself, to be intelligent and funny which is not an easy thing to do. The Offensive Line was started when I was walking down the street and I came up with the name. It was just something I pulled out of my ass one day.

My cohorts are Erick Feiling (also known as Blackman) and Zack Stacks. Funny guys. Zack has always been funny. We would just be sitting around the house doing nothing and he would say something off the wall. It’s a great combination. At first we were on I Hate Radio (as opposed to I Heart Radio).

Where can we find you now?

I’m on iTunes, Stitcher, Twitter, Facebook and we have our website, utterlyoffensive.com.  We’re pretty much all over the place. We had to cover all the bases. We get on there with news stories that we make fun of and we’ve got guests every week. They’re local comedians, local (Orlando-based) artists. They love it! We have a waiting list that goes on forever. 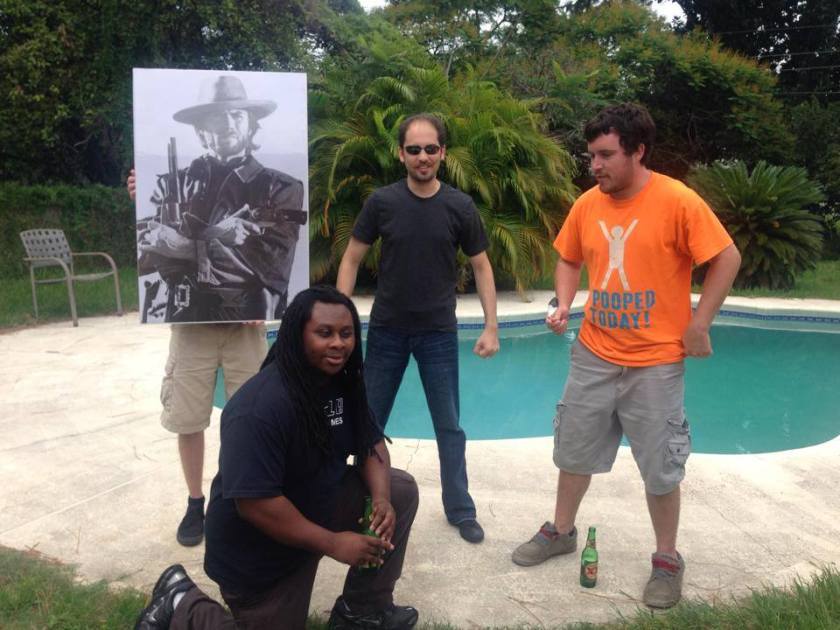 How do you decide who you interview?

I put that in the hands of Blackman. Blackman is always on stage. He knows a lot of comedians. At first he’d ask his comedian friends to come on the show and most of them said no. We didn’t have that many listeners at the time. It was brand new. Now they’re asking us. It’s kind of funny. It’s like ha-HA.

So where do your characters come from? How many are there?

They come from my gut. I’ve got Bob, Sucrecia, Claudette, and Up North. I haven’t named her yet. She’s just the one from Up North. Remember her? She’s the woman who hates her husband. She’s Jewish. Both her kids were wearing their underoos at their fahthas house! Remember that?

The father let the kids play outside and she was pissed she said, he wears wonder woman underoos!

We don’t have a name for her yet.

Something like that, yeah. And there’s Bunny. Bunny lives over in California, she’s my valley girl. And I just came up with a new character by the name of Darlene.

She’s not been a smokah for a long time (yet has a voice like Debbie Reynolds’ dragged through gravel). Long enough, she insists.

Being a naturally funny guy, who are your influences? Who makes you giggle?

Oh shit. Steve Martin. Robin Williams. Gilda Radner. Bill Murray. Chevy Chase. All the classic comedians. Betty White. John Candy. Dan Aykroyd. All these people who are ancient now, in my head are still young and funny. People forget that, they watch these new comedians on HBO and they think they’re just hysterical and I’m thinking you don’t know what funny is. 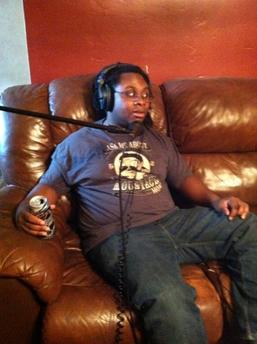 Is there anybody new who’s good these days?

Let me think. Um. I’m stumped. I’ve listened to Erick, my cohost. And not just because he’s my cohost, but I love the way he’s so spontaneous on stage. It’s more organic than scripted. It’s not like he sat at home and wrote something out. A lot of comedians today will actually have a piece of paper on stage with them that they read. I’m thinking this is a cop-out. Memorize your shit! Do what you’re supposed to do and be a good comedian. Erick’s totally organic, though, because he goes up there and he wings it and he’s funny as shit. I have to admit, I like Kathy Griffin. I like a couple others, too, but not many.

What’s the funniest thing that’s happened to you recently?

Last night (4th of July) we were watching fireworks and I had this one mortar left. You know, the ball that you drop into the tube. What am I gonna do with this? I’m in a corner lot that’s huge. If you go past my fence and across a ditch there’s a concrete wall. On the other side of that wall there’s an apartment complex. There were people in that area (away from the buildings) raising hell, laughing, destroying shit. I came up with the brilliant idea to go into the back corner of my yard, light the mortar and toss it over the wall. Which I did. With two people in tow. Laughing, we ran away as a huge explosion ensued behind us. It was hysterical!

Were they yelling? Could you hear them?

Yeah, I like blowing off toes. That’s funny to me.

Hahah. No wonder you host a show called the Offensive Line. Do you have any special shows coming up?

Well Zack is really excited because we have a midget coming on in the next few weeks. He’s a college student at UCF and he’s friends with Erick who snapped him up because Zack has such a fascination. He’s been begging for a midget. And I keep telling him, it’s little person, but he insists on midget. 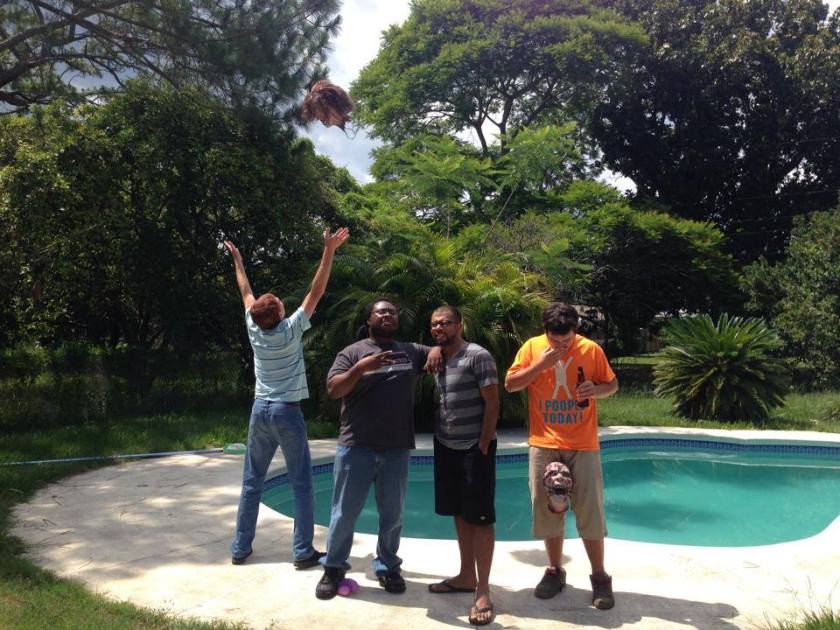 Have you found that there’s a solid community of internet radio hosts or is it a solo-endeavor?

I’ve met one other host. Not to be mean, but there’s a little thing inside of me that screams MY SHOW IS THE SHIT. I guess every host has to have that inside of them. Our listeners are laid back people. They don’t have sticks up their ass. They enjoy it for the humor that’s there.

I’ve heard that comedians are the funniest because they have tragic lives, true?

Absolutely. I suffered more than the average child should have. One reason is homosexuality. People are afraid of the areas they live in or relatives and think they’re better off living in fear than coming out.

Is there anything else stirring in your mind, any answers to questions that I didn’t ask that you need to spurt right now?

We (Seattle) have. Move here! Next?

We don’t mean any harm on our show. We ask that people understand it’s just humor. It’s trying to make people giggle. We aren’t racist bigots. We love everybody. We hate everybody. It’s all equal. That’s the one message we try to get across. Yes, we’re offensive as shit, but we’re not trying to hurt anyone. It’s just humor. We also do it to hang on to our freedom of speech.

That’s a beautiful message. Thank you for letting me pick your brain.

Absolutely. You know I love you to death and I’ll tell you anything you want to know.

And thank you, lovely readers, for checking out another awesome friend of mine. Who will we meet next? You’ll just have to wait and see. Hungry for more? Meet: Katherine, Lauren, Scott, Iris, Bethany, Matt, Jeri and Briana. Collect them all, I did.

*all images courtesy of the Offensive Line

One thought on “Meet: Damien Cross” 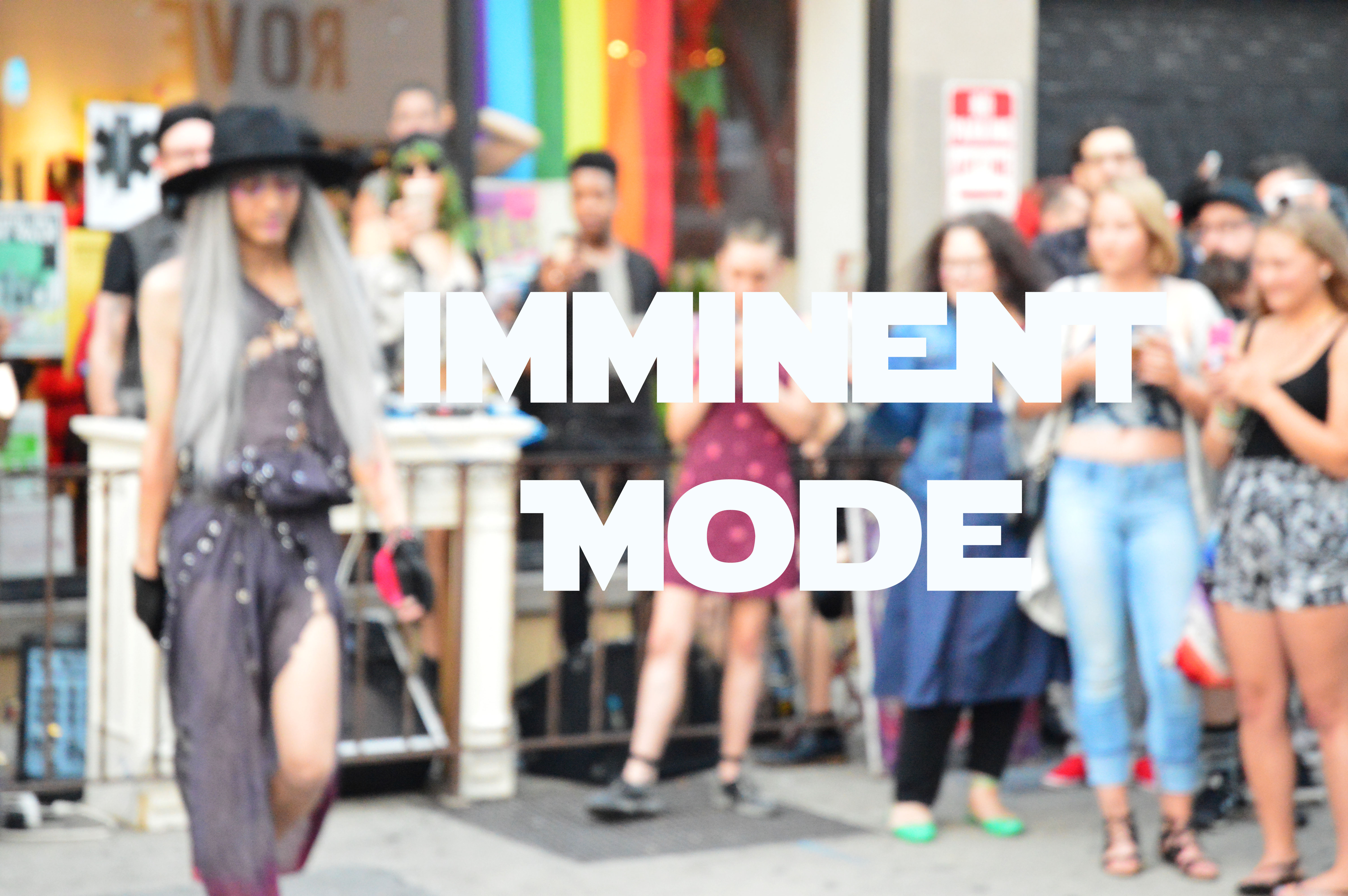 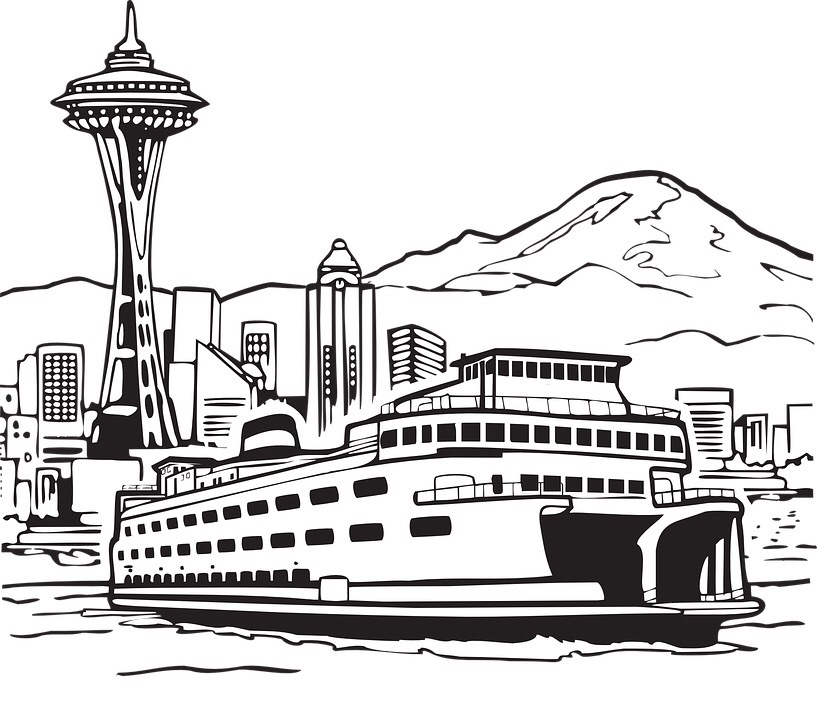 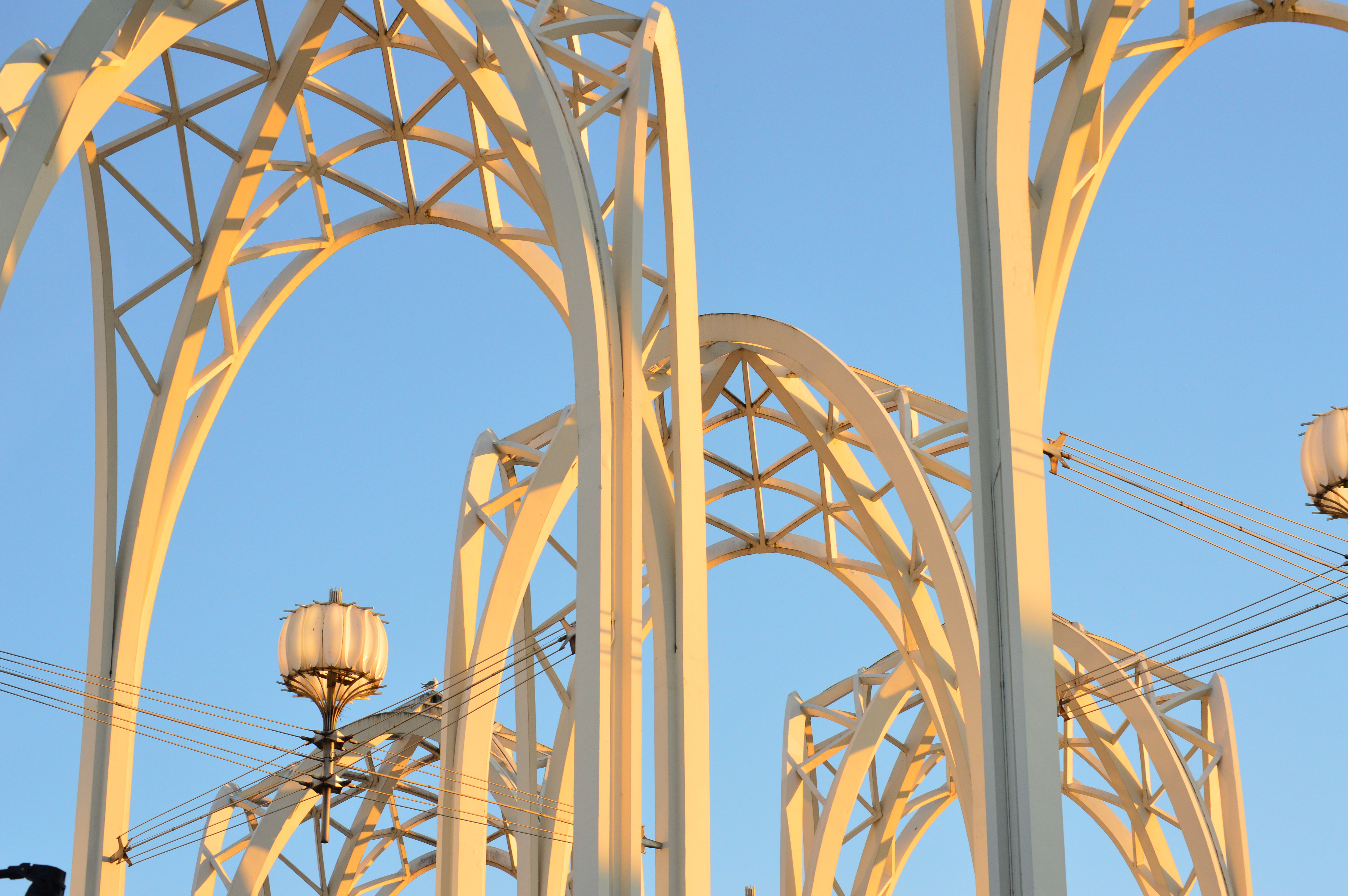 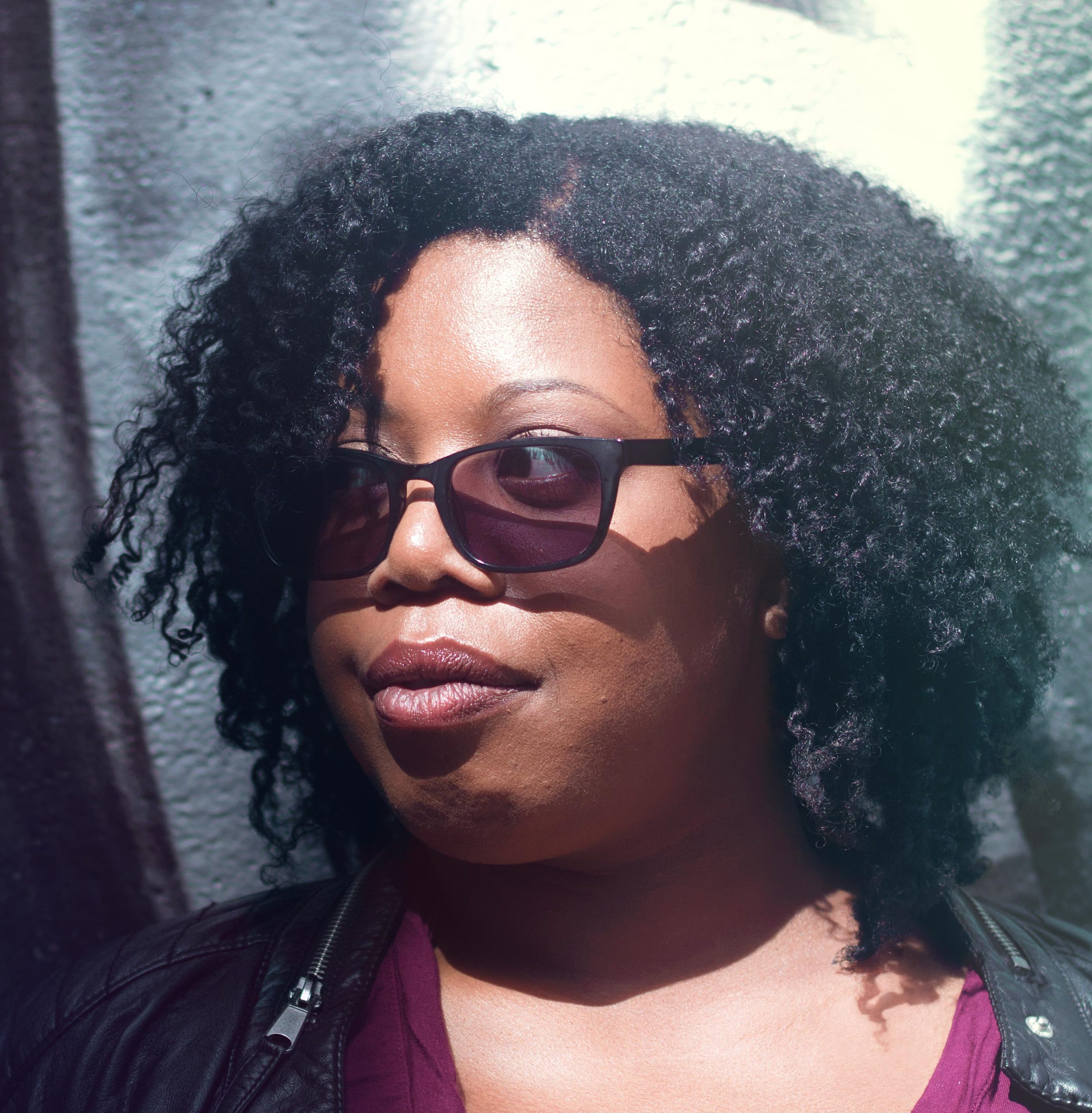 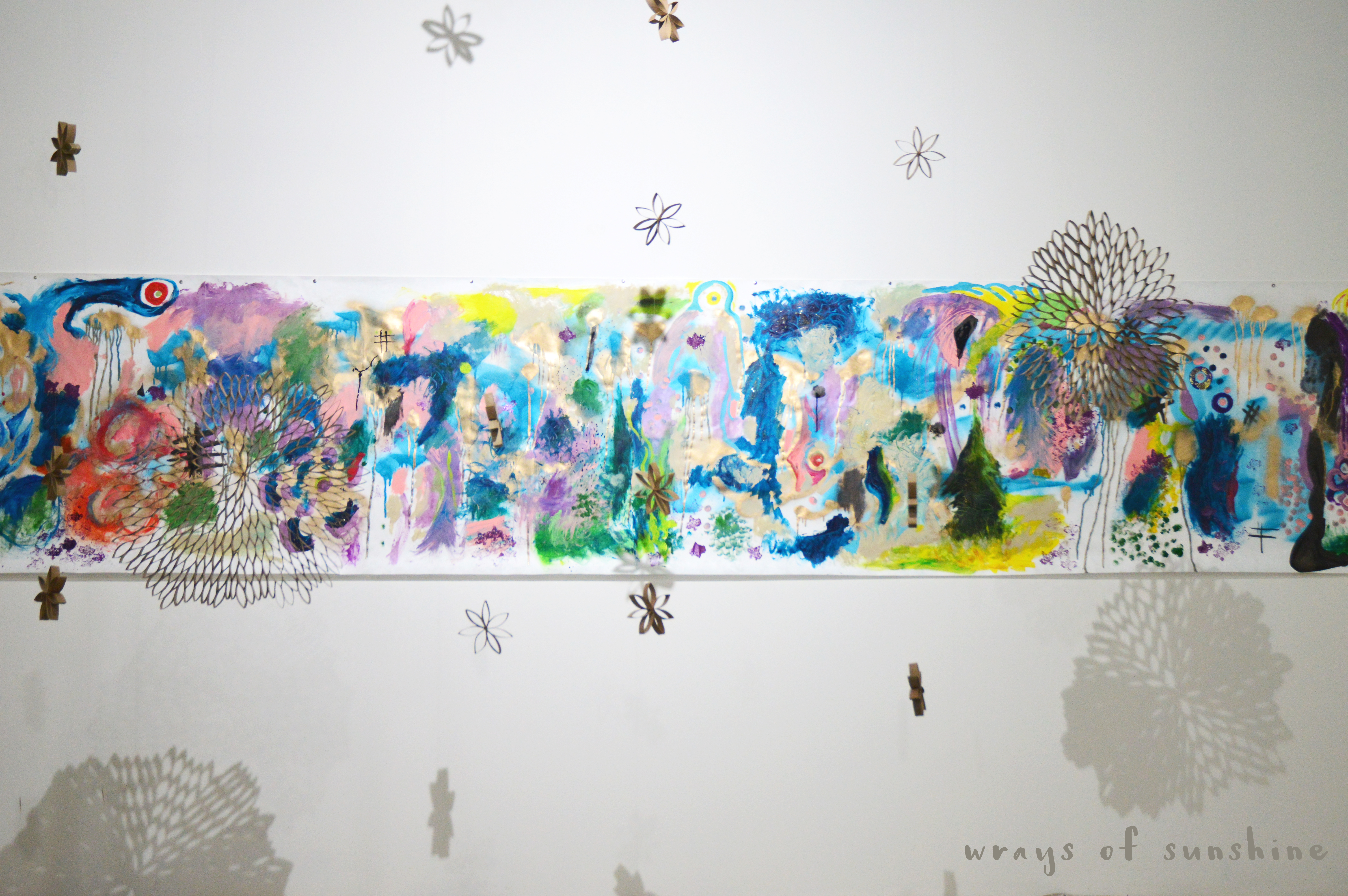 Kitty comings and kitty goings 🐈🐾 . . . . #snow #winter #outdoorcat #catmandoon #autonomouspaws #hegoeswherehewants #mostlytosleep #toocold
Couples who mask together last together, 😂😂😂 I leaned over and asked if I could smell his face and scarred Honeybee for life. Then he put his glasses on and scared me. Looking like neoprene. #theresnocutewaytododis #skincare #sheetmask #illuminating #detox #discountselfcare from #groceryoutlet #yesyall
#Bath #time is #precious #time, #selfcare at its finest. #lushbathbomb #shootingstar #ritualbathing #makesmagic
10 years ago when I let Honeybee pick the 'fit. #2010 #throwback #theburrow #fremontseattle
Happy New Ears, New Yeet, New You ALL THAT! #airplant #iwillsurvive #happynewyear2020
Frozen over