Cheers to you and yours. May this year, as every year, be better than the last. Much of 2016 was a blur, as though our planet’s been hurtling through its way around the sun at an unusually breakneck fast pace. That’s okay, though, as long as I have a place to reflect on it all.

I’m so thankful for these Wrays of Sunshine. Look forward to more fun stuff in 2017. Y’all ready? 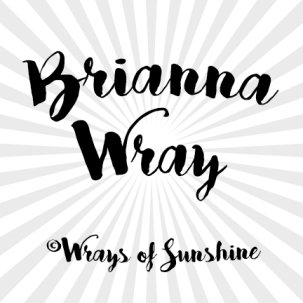 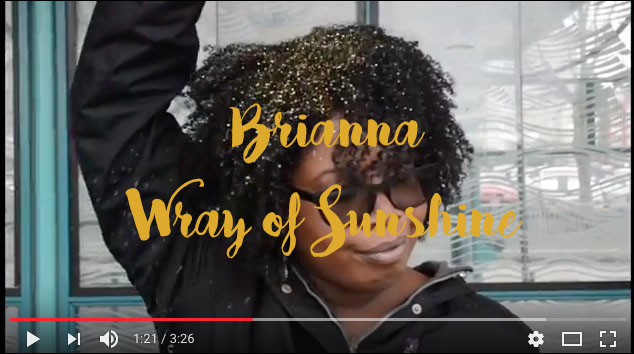 I’ve emerged from the finals fog to share the last of our Identity & the Moving Image assignment. I present Brianna: Wray of Sunshine

My classmates gave me written critiques which were mostly unanimous in wanting the music quieter and my voiceover louder. Agreed. I struggled with the levels and rushed it a bit. One person was concerned that I wasn’t wearing headphones. But, I assure you, they’re on. I’ve got these wee bluetooth ones. You just can’t see them under all the glitter…and hair. My professor noted that the entire second half of the video could be omitted (or made into its own video). I also agree with that, however in our individual meetings before filming I had two very different ideas and she suggested I combine them. Plus, with graduation approaching I thought it more important to document this workspace and the lovely people who populate it with life. Is it the best video I have done or will do? No, but it’s a collaboration  I am proud of.

Many special thanks to Ellen, Jeanne, Ellen and Matt who helped with ideation and filming. No thanks to Adobe Premiere which deleted my footage AGAIN and wasted 3 hours of editing time and 3 ounces of my sanity. I’m officially on team Final Cut Pro.

What do you think? Are you into video? Do you have any tips on software for me? I’ve used iMovie and Premiere, but Final Cut Pro looks similar enough to figure out. We’ll see!

Yup. It’s the difficult thing. Once again, the hard way. The high road. Or the low road. Whichever one you come out too sweaty for the circumstances with scratches and cuts along your ankles and soul. But uphill battles are crucial for building strong calf muscles, it’s 100% worth it in the end. You can and you will succeed. If it is at all possible, you’ll get it done. It’ll be in the bag and you can take that bag to the bank. You could put that bag in your pipe and smoke it.

And if it be impossible, then let it be. Something better will be along just after it. That’s how it works. Adventures come in waves.

I believe in you, boo!

Credits: Illustration and text, You Can & You Will by Sunshine

There’s nothing you can’t do. Obstacles are temporary. The more you try, the more you succeed. You shine so bright because you’re part star, part water. 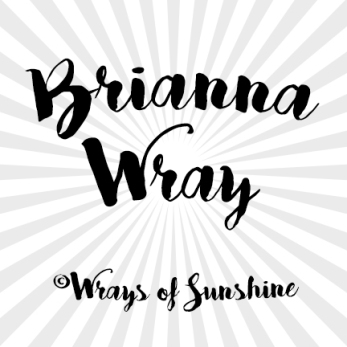 There’s nothing you can’t do if you set your mind to it. If you’re not afraid to fail and you just try. And keep trying. Then try harder. Do it! You can! I believe in you.

Is that weird to hear from some semi-random internet lady? Nah! Of course not. Because I mean it. I got the nickname Sunshine because it’s my nature to share encouragement, life and joy. And I know you’re somewhere out there shining, too. 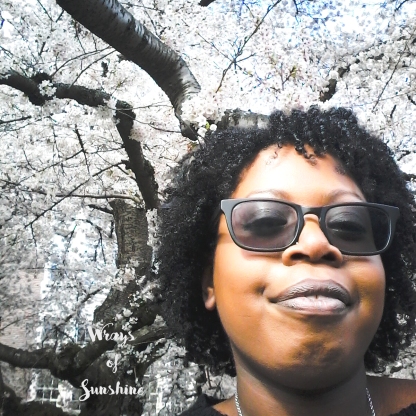